The course of human history is marked by appalling crimes, and slavery was certainly one of the greatest ones. Samuel Gélas exhibition Negrocide exploring five centuries of slavery and its impact on black culture will be opening in Galerie LJ in Paris. Inspired by the neologism ‘negrocide’ coined by the Guadalupe-based art critic Jocelyn Valton in a critical text she has published in 2015, Gélas created a powerful body of work exploring this shameful part of human history. The term itself is derived from words ‘negro’ and ‘homicide’, and it refers to all the mass murders that happened between the 15th and 19th century against Africans who were enslaved during the transatlantic slave trade. 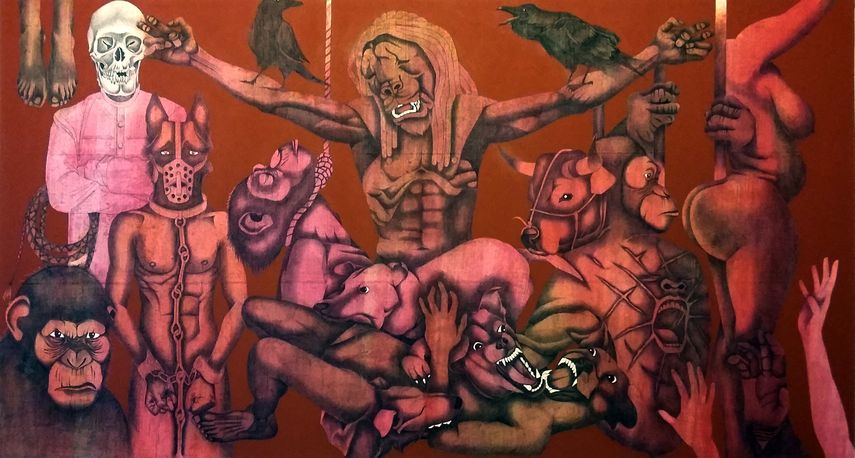 A Crime That Has a Name

Jocelyn Valton’s critical text introducing the term ‘negrocide’ first appeared as a reaction against the statement of François Hollande in January 2015 describing the Holocaust as the largest genocide ever committed. This statement has sparked a reaction of many black intellectuals, including Valton and Guadeloupean artists Joëlle Ursull, who have signed the open letter to the president highlighting the genocide of Africans during five centuries of slavery and refusing to accept the hierarchy of crimes. Inspired by these debates and the idea that this heinous crime finally has its own name, Gélas has created a series of introspective paintings questioning his origins and all of the Caribbeans who are descendants of former African slaves centuries ago. 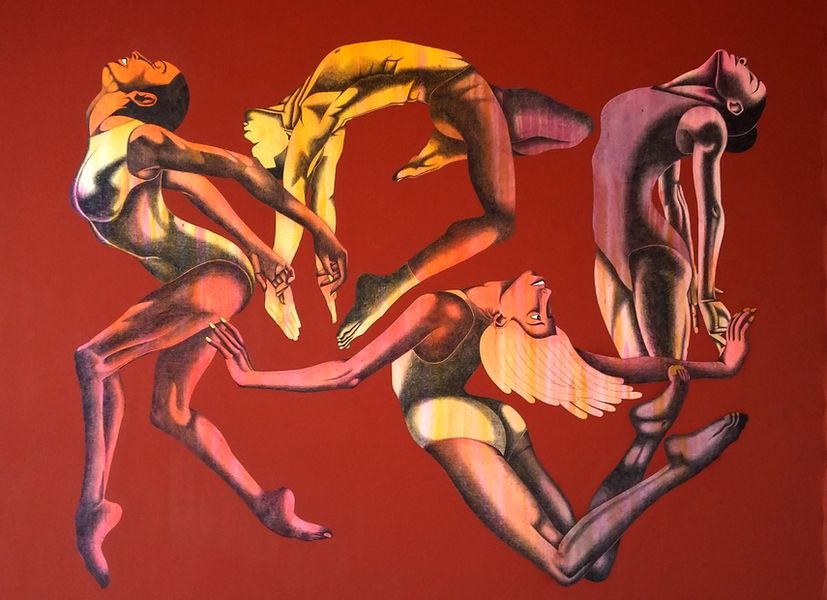 The Language of Samuel Gelas

Representing various tortures that slaves suffered daily, such as lynching, hanging, dismembering or mass raping, the paintings evoke the slavery in its extreme violence that is forever engrained into ‘the black code’. Using colors that symbolize skin and blood, Gélas translates slavery into the inhumanity portraying it through metaphors that refer to the world of animals and objects. In a time when the question of compensation for slave descendants is becoming a part of public speech, this body of work seems more relevant than ever. Often combining narrative figuration and pop art in his paintings, Gélas’ pictorial language is both playful and critical towards the society we live in. Interested in phenomena of society and media, the majority of his works focus on the question of the human nature and issues of urban, social and cultural violence represented through animal metaphors.

Editors’ Tip: History of Slavery: An Illustrated History of the Monstrous Evil by Susanne Everett

Explore further the history and horrors of slavery. The book History of Slavery describes the development of slavery, the trans-Atlantic trade that brought 11 million slaves from Africa to Americas in the course of 300 years and the life of slaves under inhumane conditions. Dealing with the historical controversies that have surrounded the study of slavery, this book approaches the problem in strictly objective terms. This comprehensive publication features 300 archival pictures, including 40 in color, as well as eyewitness accounts and other documentary evidence. The author Susanne Everett also revisits the history of the abolition movement and its impact, as well as societies that did not readily accept it. Highlighting that the slavery is a vital issue today, this book is a comprehensive account of human bondage and essential for everybody interested in this shameful part of human history.