Swoon recently completed a piece in collaboration with Groundswell, on the famous Bowery Wall in New York (between Houston and Bowery). The piece is up for the next three months.
see the work in progress on Arrested Motion

As a response to the devastation caused by Superstorm Sandy, Groundswell unveiled a series of murals addressing healing and recovery in New York City communities among the neighborhoods most affected by the storm. Groundswell youth artists, in partnership with Master Artist Swoon and Groundswell artists Yana Dimitrova, Angel Garcia, Jazmine Hayes, and Misha Tyutyunik, created a visual narrative that captures the concerns, hopes and overall spirits of these communities. 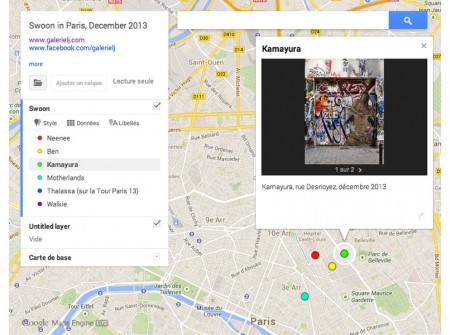 Swoon’s new solo show at the gallery on Wide...